How to Spot Hail Damage 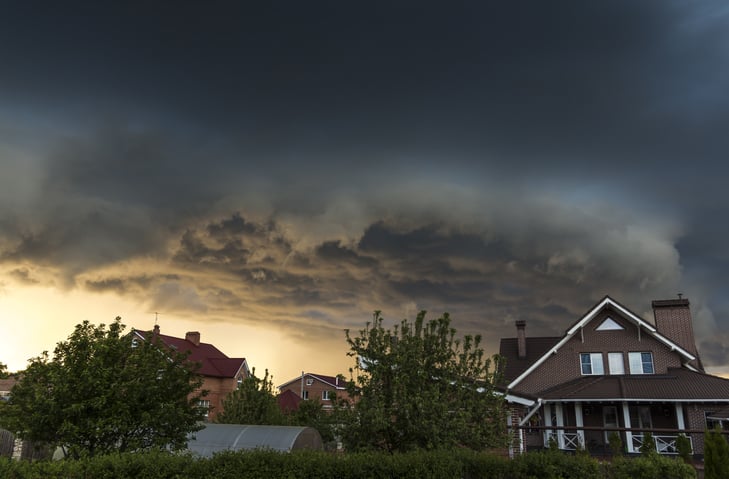 Imagine you’re enjoying the soothing sounds of a steady spring rain from the comfort of your home. Few things are as relaxing! But then, that calming sound is interrupted by the jarring clatter of ice chunks battering your roof. Suddenly, you’re not relaxing, but worrying whether or not your roof is going to be damaged. But how do you know if the hail damage is serious? Read on to learn how you can identify roof damage after a Texas hail storm!

In 2017, Texas had an estimated 1,349,374 properties affected by hail. Hail damage is serious business and often causes hundreds of millions of dollars in damaged property and crops. In 2019, there were an estimated 5,382 significant hailstorms nationwide. Out of all the states, Texas experienced the most with 872 significant hail events. While Colorado led the nation in hail losses that year, Texas was close behind.

Hail can happen at any point during the year. However, hail formation requires severe thunderstorms, and thunderstorms are fueled by warmth and humidity. This means hail season generally begins in the spring and summer, usually peaking in March through May as both temperature and humidity rise. Hail storms begin to taper off around September and October when cooler winds begin to blow.

In order to file an insurance claim for hail damage, you’ll need a professional evaluation. For the sake of safety, it isn’t recommended that climb on the roof – especially if it may be compromised by a serious weather event. However, you may be able to spot hail damage without having to fetch a ladder.

After a severe hail storm, a leaky roof is a tell-tale sign of damage. However, identifying damaged portions of your roof may not be that simple. Broken shingles may be the most obvious, but there are other areas that can show signs of damage, too.

You may see dents, cracks, or other types of breakage in the following areas: gutters, roof caps, vents, metal valleys, or skylights.

Asphalt shingles can also become brittle and crack when struck by hail, especially if they’re older. If the storm was bad enough, you might be able to see circular cracks, but they aren’t always so clear cut.

Dents or bruises in shingles like this may not be easy to spot with the naked eye and often require a closer inspection to spot damage. A professional roofer will need to take a closer look to evaluate the true extent of damage. They’ll likely feel for unevenness or indentations in the shingles, which can be a sign that damage has occurred.

Metal roofs are often more durable but aren’t immune to hail damage. Smaller hail can leave behind small dents in the metal, but bigger, heavier pieces can seriously warp your roof and expose it to further damage in the future.

Clay tiles can hold up surprisingly well to smaller hailstones. Usually, damage is limited to smaller cracks and chips. However, larger hail can cause major cracking and even break a clay shingle entirely.

With the exception of certain coastal areas in Texas, most homeowners’ insurance policies cover hail damage. Even if there are no glaring signs of hail damage to your roof, it is still possible that it has taken place. If you suspect that a serious hail storm has damaged your roof, it’s time to reach out to your homeowners insurance company. 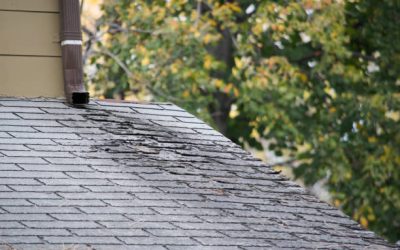 When To Replace Your Roof 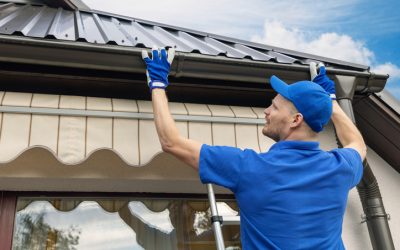 Is a Metal Roof Worth the Cost?